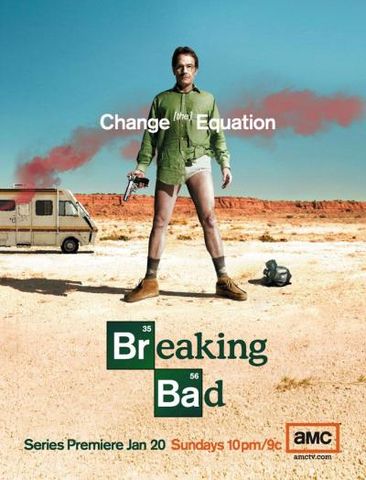 click to enlarge
Summary:
This drama series focuses on a mid-life crisis gone bad for an underachieving high school chemistry teacher who becomes a drug dealer after discovering he has lung cancer. With a new sense of fearlessness based on his medical prognosis, and a desire to gain financial security for his family, Walter White joins forces with an old student, Jesse Pinkman, in a quest that follows their entry into a dangerous world of drugs and crime.