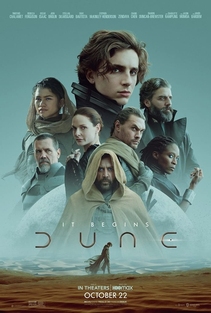 click to enlarge
Paul Atreides must travel to the most dangerous planet in the universe to ensure the future of his family and his people who face terrifying evil but only those who can conquer their fear will survive.