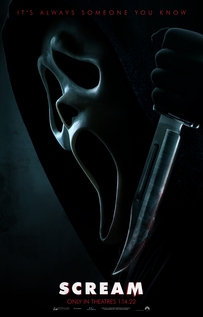 click to enlarge
Twenty-five years after a streak of brutal murders, a new killer dons the Ghostface mask and begins targeting a group of teenagers in the town.