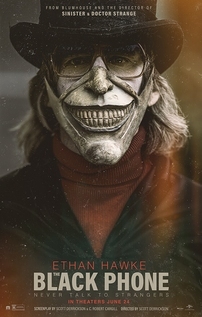 click to enlarge
Finney Shaw is a shy but clever 13-year-old boy who`s being held in a soundproof basement by a sadistic, masked killer