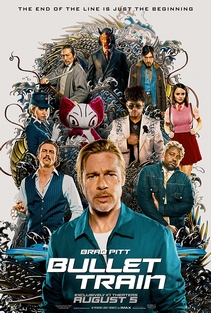 click to enlarge
Five assassins aboard a fast moving bullet train find out their missions have something in common.