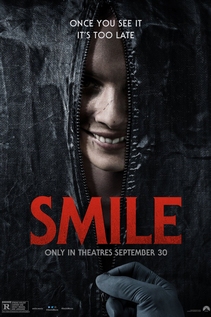 click to enlarge
After witnessing a bizarre, traumatic incident involving a patient, Dr. Rose Cotter starts experiencing frightening occurrences that she can`t explain as an overwhelming terror begins taking over her life,